If you’ve ever microwaved corn on the cob, you know it’s always a good idea to have it wrapped up with something or microwave it in the husk. This keeps it from drying out, so the corn is soft and juicy at the end. But what if you only have plastic wrap?

In this article, I’ll tell you how to microwave corn on the cob with plastic wrap. I’ll also go over the safety, microwaving times, and other factors you need to know.

Can you microwave corn on the cob with plastic wrap?

Yes, you can microwave corn on the cob with plastic wrap.

Cooking corn in a microwave is something I do quite often, and even just the other day, I ended up having to do it.

I was in a hurry to get dinner on the table. I had planned to microwave some corn on the cob, but I realized my corn wasn’t in the husks, and I had no paper towel to microwave the corn. I didn’t have time to run to the store, so I had to come up with a plan B.

A few months ago, I learned that you could microwave corn with cling wrap. I wasn’t sure whether it would work back then, but I didn’t have much to lose. So I did it, and it worked fine.

So I did it again by simply wrapping the corn in plastic wrap and microwaving it for about 3-5 minutes. Again, it worked like a charm! The corn was soft and juicy and didn’t dry out at all.

With that said, I can personally confirm that you can microwave corn on the cob using saran wrap. However, I’d only recommend doing it if you have corn without husks or don’t have a paper towel on hand.

You May Also Like:  How to Blanch Corn in the Microwave Before Freezing? 9 Steps

How to Microwave Corn on the Cob Plastic Wrap? 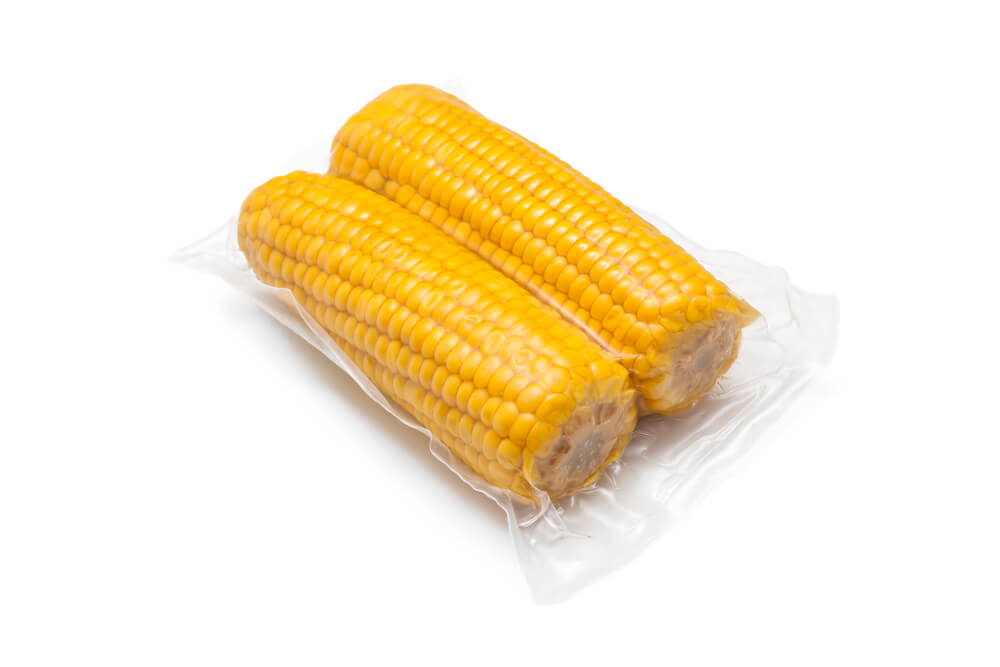 Once you are done cooking corn, allow it to sit for 2-3 minutes so the corn on the cob can cool down a bit before removing it from the plastic wrap. After removing the plastic wrap, go ahead and butter the corn or add your favorite seasonings.

Is it safe to microwave corn with plastic wrap?

It is not safe to microwave fresh corn with saran wrap directly touching the food. Some plastic wraps are microwave-safe, but only if you use them as intended with one inch of space between the food. If the saran wrap touches the food, it might not be safe to eat.

So in the case where you wrap the corn directly in saran wrap, you have no way to prevent it from touching the corn and having the plastic mixed in. For this reason, it’s best not to use plastic wrap when microwaving corn on the cob.

Instead of wrapping your corn in saran wrap, you can also try one of these methods to cook corn:

You May Also Like:  15 Best Substitutes for Cornstarch You Have to Try

If you want to know more about the safety of microwaving plastic wrap, read this article.

You may also like: How to Cook Canned Corn in the Microwave: Quick and Easy Instructions

How long to microwave corn on the cob in plastic wrap?

The duration depends on the number of ears you are cooking. However, You will need to microwave it for about 4 minutes in total for one ear of corn on the cob. Cook it for 2 minutes on one side and then rotate before microwaving again for another two minutes.

For multiple ears of fresh corn, add 1-2 minutes extra per additional ear of corn. So if you are cooking three ears at a time, microwave them for 8 minutes. Just keep in mind that plastic can melt pretty quickly, so you don’t want to be microwaving it for more than 10 minutes at a time.

You should also keep in mind the USDA’s guideline of one inch between the corn and the plastic wrap.

How do I know when my corn is done?

Once your timer goes off after microwaving the second time, check if your cobs have more golden yellow color. You can also check the doneness by poking them with a fork. If you can easily poke the kernels, you will know it’s done.

Otherwise, you can try to pry one of the kernels off the cob and do a taste test. If it is done, it should be easy to chew and not hard.

Tips for microwaving corn on the cob with plastic wrap:

Here are a few tips to make sure your microwave corn on the cob experience is a success:

You May Also Like:  8 Best Egg Substitutes for Cornbread (Must Try Alternatives)

Can I microwave corn on the cob in a plastic bag?

Microwaving corn on the cob is a delicious and nutritious side dish, but there are some things you need to do to make sure it is safe. First, if you are using saran wrap, be careful not to let the plastic touch the food.

To avoid this problem, make sure you use a pyrex dish or bowl with high sides to have enough space between the plastic and the corn. Also, you should never wrap the corn on the cob directly in plastic wrap, even if it says it’s microwave safe using plastic wrap isn’t a good idea.

I’ve seen some recipes claiming that you can do that, but trust me, doing so is bad. Once you keep that in mind, you should have no issues microwaving corn on the cob using plastic wrap. 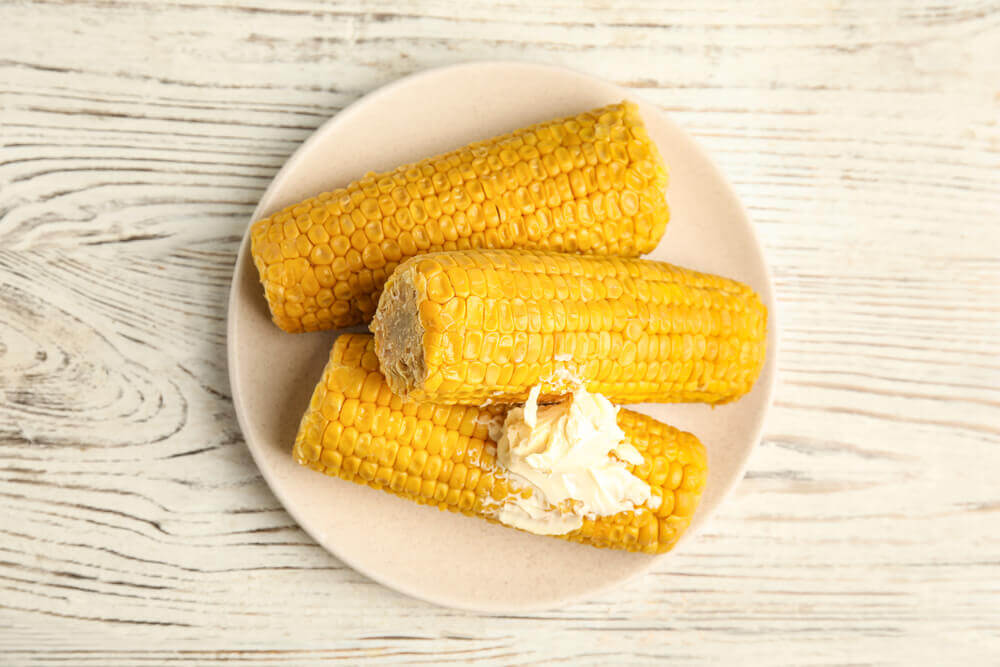 Microwaving Corn on the Cob in plastic wrap is one of the best and fastest ways to get your corn perfectly cooked in a short time. The steps are simple and you don't require a lot of prep time or clean up time afterwards to get it done. Follow these instructions and you'll be munching on a well cooked corn in no time.
Print Recipe Pin Recipe
Prep Time 1 min
Cook Time 3 mins
Resting Time 2 mins
Total Time 6 mins
Course Appetizer
Cuisine American
Servings 1
Calories 18935 kcal

Hi there, We're Corey & Elizabeth! We love experimenting with new recipes, learning kitchen hacks, and sharing our passion for cooking with others. More About Us →